If you’ve been following me on social media prior to the launch of VinoSocial you likely recall me as “NancyFeasts” on Twitter and Instagram. In some ways, I hope people will continue to remember that name. After all, there are many fond memories attached to that identity. Especially all the times I showed up at events to find “Feasts” as the surname not only on my name badge, but on the hubby’s as well! 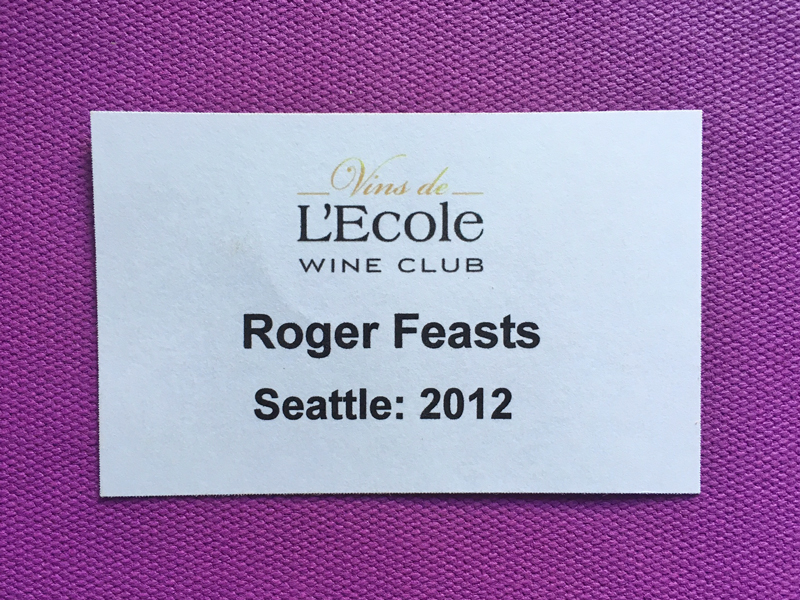 At the time when I joined Twitter in 2009, I felt that I should stay anonymous. Yes, I thought I could remain anonymous on social media! As soon as you finish laughing, read on for the backstory.

My profession prior to the wine industry was in human resources. I was good at it too, introducing an award winning wellness program that was groundbreaking at the time, serving as President of the local HR association, and speaking at conferences. When the economy went into a tailspin in 2008, however, my role as champion of employees changed entirely. The company I worked for began a major reduction in force. That’s management speak for telling nice people that they no longer had jobs. If you’ve ever had to do that, you likely understand what a devastating toll that takes on the human soul. Although my position wasn’t part of the cuts, I chose to leave that company behind.

Shortly afterward, ads for the Northwest Wine Academy kept getting my attention. With a licensed winery on site, this school based in South Seattle College was promoting courses in winemaking, wine sales and marketing, and wine and food pairing. A call to inquire resulted in an invitation to sit in on a class one night. Food was passed, wine was poured, and the next day I enrolled in the school.

A classmate invited me to a Tweetup called #TasteLive. Oh no, I thought. Twitter is what’s wrong with the world today! Kids will never learn to write in proper sentences! (Oh geez, how old do I sound?) Even though at the time I thought Twitter was not for me, sharing my comments about the tasting experience on social media during the live tasting was mandatory. I needed to open a Twitter account to participate. Still unsure as to whether I’d return to a career in human resources it seemed wise not to publicly share my obsession with wine on social media. An anonymous handle was created as the solution.

In coming up with an appropriate alias to use on Twitter, I asked myself, “What do I like to do when I’m drinking wine?” The answer, of course was gather around the table with friends and share a feast. So NancyFeasts became my cover. Even though I eventually figured out there is no such thing as anonymity on social media (duh!), the name stuck as I took joy in celebrating those who shared my love of food with the hashtag #feaston.

Fast forward nearly a decade later. I never did return to HR. I’ve completed two programs offered at Northwest Wine Academy, earned credentials as a Certified Specialist of Wine (CSW), and transitioned to a career in the wine industry. I no longer believe that Twitter is what’s wrong with the world. In fact, through Twitter many friendships and connections have been forged that may not have happened without the social media platform.

Seeing wineries miss out on the opportunity to connect with customers via social media has become a major frustration. Posting about a great wine and not hearing back from the winery – well, it sucks. It makes the people who buy the wine think the winery doesn’t care about them. After all, social media is FREE. It’s part of how I enjoy connecting with a brand. So I’ve started my own company with the goal of getting wineries active on social media and joining the conversation. Although wine and food will always be inseparable to me, NancyFeasts will now be NancyCroisier, founder of VinoSocial. The dream is for VinoSocial to connect wineries and consumers. So, find me on Twitter and Instagram and #LetsTalkAboutWine.